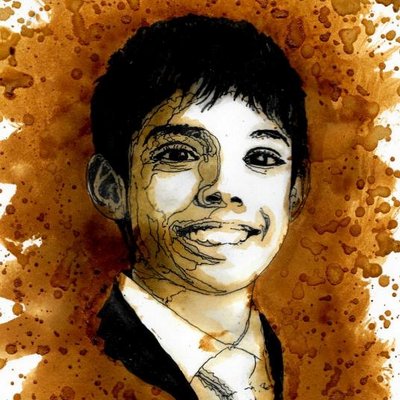 In this keynote, kids & parents will join forces with Jedi RAPst4r (Reuben Paul), some cool pilots (parents & mentors), wookies (supporters), and possibly (an)droid to show how the CyberUniverse can be saved from evil Dark inVaders (Hackers). Come for a BeEFed up fun-filled talk and learn about “what” and “who” is the … NEW HOPE.

This year we are excited to announce that Reuben Paul will be our first ever keynote speaker. Reuben is the perfect representative for youths and Internet security and safety. For such a young person he's had a busy year. He's the CEO of Prudent Games, Founder of CyberShaolin, a Keynote Speaker at events some adults wish they speak at, ethical whitehat hacker, earned a Kung Fu Black belt, in his spare time a video gamer, and son of professional pen tester and author Mano Paul.

Reuben is 9 years old kid attending Harmony School of Science in Austin, TX. When asked by his 1st grade teacher to illustrate his future career, he drew on a sheet that he wanted to become a Cyber Spy. Today, he is on his journey to make his dreams come true. For the past couple of years, he has been learning about information security and programming for the mobile platform, and in the summer of 2014, with the support of his family, he founded and serves as CEO of Prudent Games Inc, a company which serves to educate while entertaining his customers. Prudent Games has the motto, "Learn While You Play”. He is working on developing apps and games that teach Information (Cyber) Security and Math and in the future wishes to include Science, History and Arts.

But, Reuben is not just another computer geek. He lives a life on the edge, between his school, as a straight ‘A’ student and all of his other passions. When he is not playing video games or on the computer, he likes to read, and takes classes to play inline Hockey, Swim, do Gymnastics, Shaolin Do KungFu, play Piano, Drums and do Art.

Reuben is an invited speaker, delivering awareness talks and keynotes on the importance of teaching CyberSecurity to kids. He has been featured at several industry leading Information Security conferences such as RSA, DerbyCon, (ISC)2 Security Congress, Houston Security Conference, Ground Zero InfoSec Summit in New Delhi, BSides Austin, and Hack In The Box (HITB) HaxPo conference in Amsterdam. His keynote talks on “Creating a Safe and Secure Cyber World for kids (by a kid)”, “Developing r00t-kidz: The Future of Cybersecurity” and his debut talk entitled “InfoSec from the mouth of babes (or an 8 year old)” at DerbyCon, has been quoted and referenced by several information security sources and news agencies that call him a “Child Hacker". They have become a source of inspiration to kids and adults alike to start teaching CyberSecurity to kids.

Reuben is also honored to become the youngest person to have received the Shaolin Do Kung Fu Black Belt in America which was featured in Fox TV news channel Austin story “7 year old earns Black Belt”. He was the gold medalist in the 2014 USA Gymnastics State competition for the ‘rings’ category and one of the top 10 gymnasts in the 2013 State finals. His twitter handle is @RAPst4r.